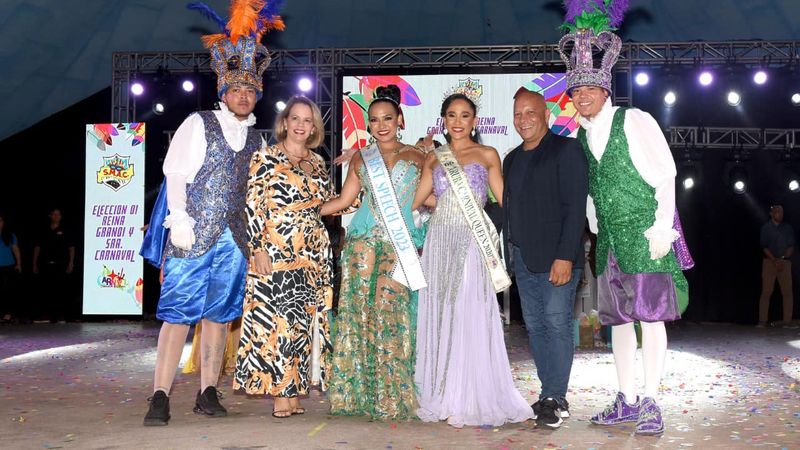 The candidates put on beautiful and colorful shows, and brought on the carnival spirit. The results are as follow:

This project is part of the national prevention plan, and the government designated 2023 as the year of prevention in public health.

This project is part of the national prevention plan, and the government designated 2023 as the year of prevention in public health.

Prevention is vital in healthcare as it improves the quality of life in the community. The Minister believes in awareness campaigns for the public to live healthier lives. Education about nutrition, exercise, and regular medical checkups are essential for the community’s well-being.

It is essential to start with the children in schools to teach them about these healthy habits to reach this goal. They will teach preschool and elementary school children the importance of taking care of their health. With the government’s support, they hope to convince as many schools as possible to join the healthy school project.

Soon a Ministerial decree will be signed by the Minister of Public Health, the Minister of Education, the Minister of Social Affairs, and all Government departments that are part of the Healthy School program. They will disclose more details about this program in a joint press conference when the decree is signed. 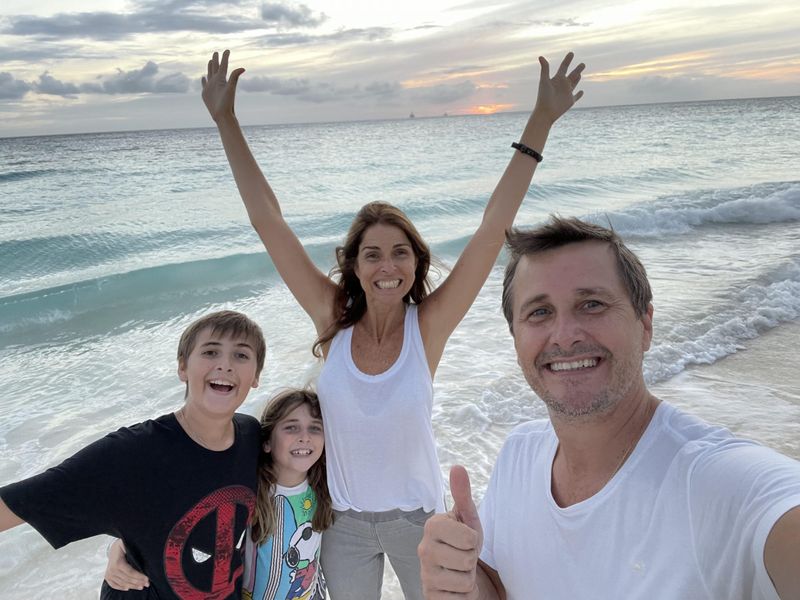 Aruba to me; Tomas, Eliana, Agustin and Catalina Hartmann Hansen

For today we received a lovely message from Tomas, Eliana, Agustin and Catalina Hartmann Hansen from Argentina.

Aruba to me; Tomas, Eliana, Agustin and Catalina Hartmann Hansen

You are back and we would like to portrait you! By inviting you to send us your favorite vacation picture while enjoying our Happy Island.

Complete the sentence: Aruba to me is ……. Send your picture with that text (including your name and where you are from) to: news@arubatoday.com and we will publish your vacation memory. Isn’t that a special way to keep your best moments alive? Please do note: By submitting photos, text or any other materials, you give permission to The Aruba Today Newspaper, Caribbean Speed Printers and any of its affiliated companies to use said materials, as well as names, likeness, etc. for promotional purposes without compensation.

Last but not least: check out our website, Instagram and Facebook page! Thank you for supporting our free newspaper, we strive to make you a happy reader every day again.

For today we received a lovely message from Tomas, Eliana, Agustin and Catalina Hartmann Hansen from Argentina.

They wrote to us saying; “We have been in Aruba more than 10 times. We love it. Aruba to me is our place in the world. Sun, Fun, lovely people and relax. It is my place on earth. Is family, enjoyment, sun, amazing beach and great people. Everything we need to recover energy for the year :).”

Thank you for sending us this awesome message sharing what Aruba means to you and your family with us and our readers! 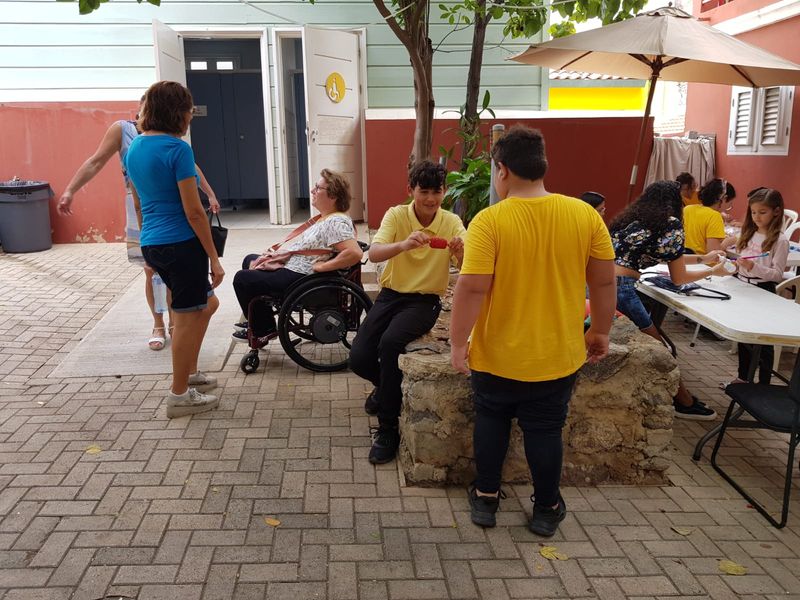 In four hours, the museum welcomed more than 500 visitors, showing a lot of interest in our archaeological heritage.

National Archaeological Museum of Aruba (MANA) thanks the people of Aruba for including in their celebrations for Dia di Betico the museum.

In four hours, the museum welcomed more than 500 visitors, showing a lot of interest in our archaeological heritage. It was noteworthy how many people took the opportunity to chat with the archaeologists, ask questions to the museum employees who were present in the exhibition room, those who attended the presentation on the artifacts of old Oranjestad, and those who bought the catalogue of paintings on this special day.

Exhibition rooms were continuously packed. Children and adults spend a good time reading, listening and exchanging experiences. In the garden, a pleasant family ambiance was enjoyed. Children – as well as some parents – were working on crafts, finding Indian stamps, and taking a break to drink a coffee, tea or juice. Children quietly enjoyed a movie about taking care of monuments, titled “Un les pa Maikey”, courtesy of Stichting Monumentenfonds Aruba (SMFA), while they enjoyed popcorn from Pastoral Hubenil Dakota.

About 50 people were present for the lecture by archaeologist Raymundo Dijkhoff, about interesting findings in Oranjestad from the time of the Indians as well as the European period, and were impacted by all the information received. Archaeologist Harold Kelly exchanged with visitors of different ages about among other things, his investigation project related to climate change and its effects and received valuable knowledge from our local people. Fundacion 1403 was present to sell books of paintings, which almost sold out.

Dia di Betico, celebrating our national hero Betico Croes on the 25th of January, was very successful for MANA with a lot of families choosing to visit the museum. MANA is glad to see familiar faces back in the museum as well as many new faces. MANA thanks Pastoral Hubenil Dakota, F1403, SMFA and everyone who helped made this day successful.

MANA is situated in Schelpstraat 42 in Oranjestad, in the building complex Ecury. Follow them on their Facebook pages, Museo Arqueologico Nacional Aruba and National Archaeological Museum Aruba. 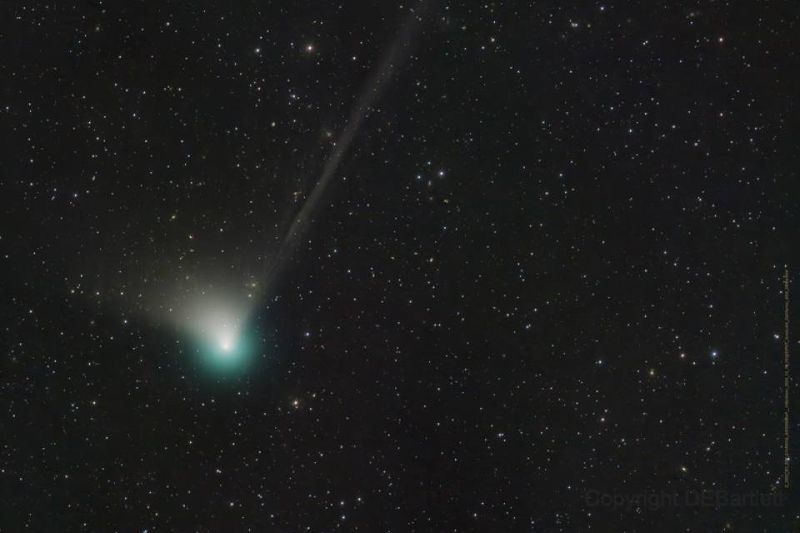 So do look up, contrary to the title of the killer-comet movie “Don’t Look Up.”

CAPE CANAVERAL, Fla. (AP) — A comet is streaking back our way after 50,000 years. The dirty snowball last visited during Neanderthal times, according to NASA. It will come within 26 million miles (42 million kilometers) of Earth Wednesday before speeding away again, unlikely to return for millions of years.

So do look up, contrary to the title of the killer-comet movie “Don’t Look Up.”

Discovered less than a year ago, this harmless green comet already is visible in the northern night sky with binoculars and small telescopes, and possibly the naked eye in the darkest corners of the Northern Hemisphere. It’s expected to brighten as it draws closer and rises higher over the horizon through the end of January, best seen in the predawn hours. By Feb. 10, it will be near Mars, a good landmark.

Skygazers in the Southern Hemisphere will have to wait until next month for a glimpse.

While plenty of comets have graced the sky over the past year, “this one seems probably a little bit bigger and therefore a little bit brighter and it’s coming a little bit closer to the Earth’s orbit,” said NASA’s comet and asteroid-tracking guru, Paul Chodas.

Green from all the carbon in the gas cloud, or coma, surrounding the nucleus, this long-period comet was discovered last March by astronomers using the Zwicky Transient Facility, a wide field camera at Caltech’s Palomar Observatory. That explains its official, cumbersome name: comet C/2022 E3 (ZTF).

On Wednesday, it will hurtle between the orbits of Earth and Mars at a relative speed of 128,500 mph (207,000 kilometers). Its nucleus is thought to be about a mile (1.6 kilometers) across, with its tails extending millions of miles (kilometers).

The comet isn’t expected to be nearly as bright as Neowise in 2020, or Hale-Bopp and Hyakutake in the mid to late 1990s.

But “it will be bright by virtue of its close Earth passage … which allows scientists to do more experiments and the public to be able to see a beautiful comet,” University of Hawaii astronomer Karen Meech said in an email.

Scientists are confident in their orbital calculations putting the comet’s last swing through the solar system’s planetary neighborhood at 50,000 years ago. But they don’t know how close it came to Earth or whether it was even visible to the Neanderthals, said Chodas, director of the Center for Near Earth Object Studies at NASA’s Jet Propulsion Laboratory in California.

When it returns, though, is tougher to judge.

Every time the comet skirts the sun and planets, their gravitational tugs alter the iceball’s path ever so slightly, leading to major course changes over time. Another wild card: jets of dust and gas streaming off the comet as it heats up near the sun.

“We don’t really know exactly how much they are pushing this comet around,” Chodas said.

The comet — a time capsule from the emerging solar system 4.5 billion years ago — came from what’s known as the Oort Cloud well beyond Pluto. This deep-freeze haven for comets is believed to stretch more than one-quarter of the way to the next star.

While comet ZTF originated in our solar system, we can’t be sure it will stay there, Chodas said. If it gets booted out of the solar system, it will never return, he added.

Don’t fret if you miss it.